The lab focuses on deciphering the structural mechanisms governing centriole assembly. To this end, we are combining the use of cell biology methods, in vitro reconstitution assays and state-of-the art imaging technologies to gain decisive insights into these mechanisms. 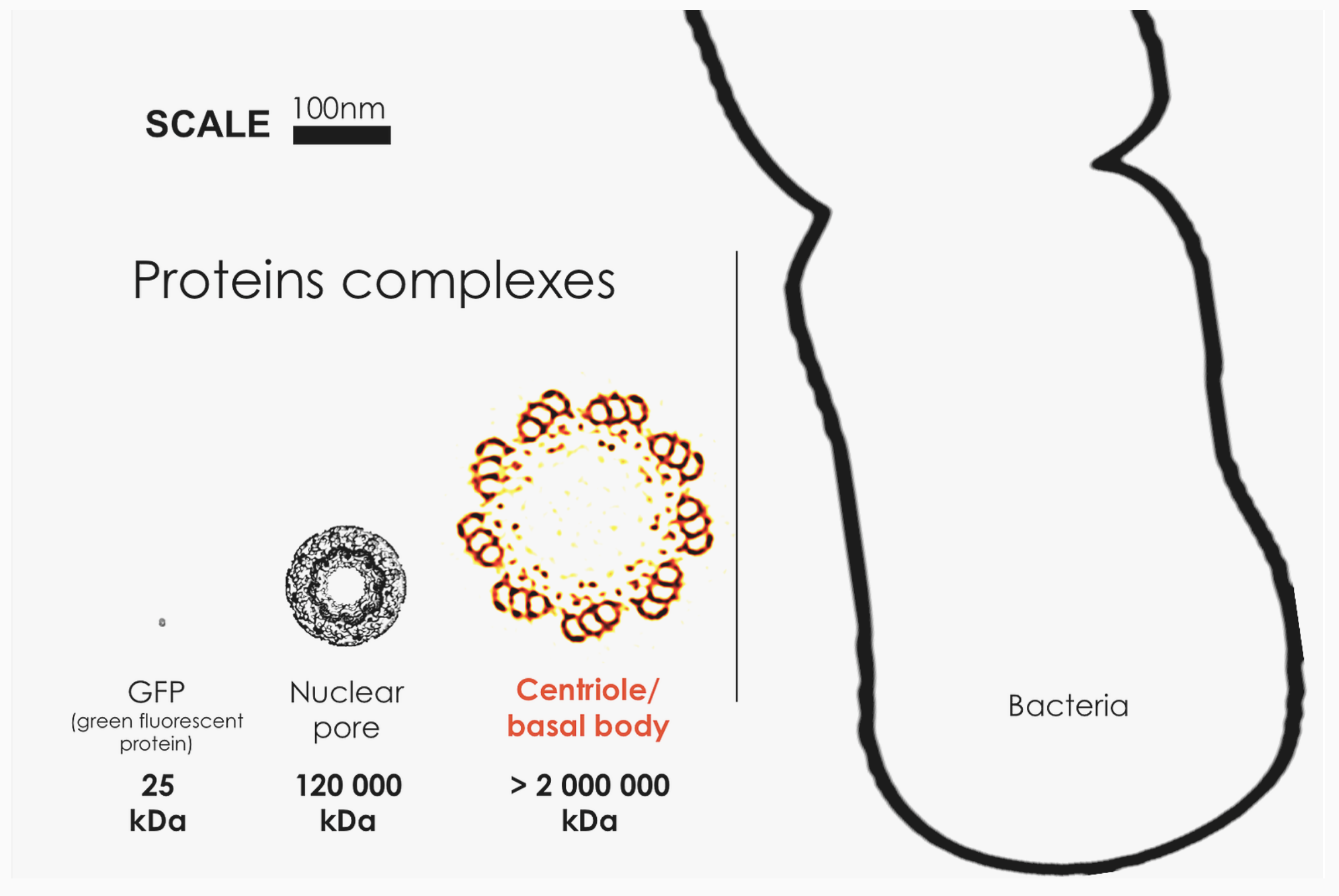 Centriole (also called basal body) is amongst the largest macromolecular complex of the human cells.

Centrioles are evolutionarily conserved microtubule-based cylindrical structures that in human cells are ~450 nm long and ~250 nm in outer diameter. The centriole composes the centrosome in animal cells and can act as a basal body to template cilia or flagella in many eukaryotes. Centrioles are critical for the proper execution of several important biological processes, such as spindle assembly and cell signaling through the primary cilium as well as cells and fluids motion thanks to motile cilia/flagella. Therefore, centriolar defects have been associated to several pathologies including ciliopathies, sterility, microcephaly and cancer. 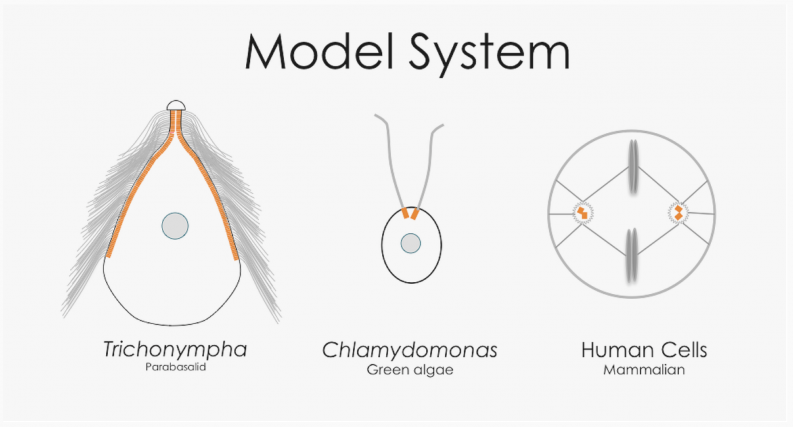 We are playing with different model systems to tackle important questions

Recently the advances in cryo-microscopy allowed us to analyse the centriole in its native state (Guichard et al., 2010). Using cryo-tomography and sub-volume averaging, the proximal part of Trichonympha centrioles (Guichard et al., 2012, 2013) and the central core of Chlamydomonas reinhardtii (Li et al., 2011) were revealed. These studies unravelled the native architecture of the microtubule triplet and their associated proteins complexes (cartwheel, Y-shaped linker) with an intermediate resolution of about 35-40Å. Despite these important advances, our current knowledge on its molecular organization at high resolution remains fragmented and limited.

Our aim is to assemble a complete cartography of the centriole with a resolution below 1nm.

Exquisite details of the overall molecular architecture of the centriole are lacking to understand the basis of centriole organisation and function. Resolving this important question represents a challenge that needs to be undertaken. By combining the use of innovative and multidisciplinary techniques encompassing cryo-electron tomography, state-of-the-art microscopy and in vitro assays, our aim is to achieve a comprehensive molecular and structural view of the centriole. All together, we expect that these advances will help understand basic principles underlying centriole and cilia formation as well as might have further relevance for human health.