Past invasion events from mobile genetic elements have left eukaryotic genomes littered with repeats and other transposon sequences. Much of these are inactive fossils, but some could still get activated and cause genome instability, despite being silenced in the germlines. This silencing is mediated, in animal germ cells, by a specialised class of ~30 nt small non-coding RNAs called piwi-interacting RNAs (piRNAs). They constitute an epigenetic component of the genome defense mechanism. In mammals, they are believed to recruit DNA methyltransferases to transposon sequences. In Drosophila, maternally produced piRNAs are deposited in the egg and they contribute to protection from new transposons brought in by the paternal genome. Our lab is interested in understanding the molecular mechanisms involved in piRNA biogenesis and function, using mammalian and insect model systems. We use a variety of methodologies ranging from protein biochemistry, cell biology, and animal genetics to computational biology and structural biology. 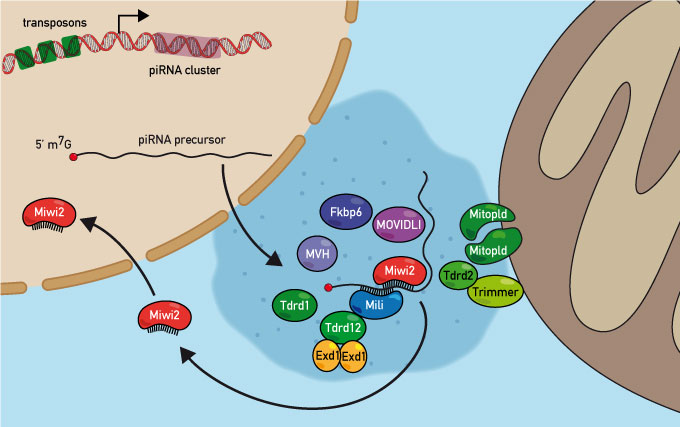